Most Beautiful National Parks in India You Must Visit Once

For many years now, national parks and wildlife sanctuaries around the country have played a major role in highlighting India’s incredible biodiversity. Moreover, you will find many National Parks in India are home to many rare animals and plants, while you enjoy breathtaking views and indulge yourself and immerse your senses in its verdant lushness.

Jim Corbett National Park in Uttarakhand is the oldest and one of the most famous National Parks in India. The national park and wildlife sanctuary was set up in the year 1936 to protect the endangered Royal Bengal Tigers. The park witnesses about 70,000 visitors in a year. Besides being the tiger reserve in India, the park is home to other wild animals like the Himalayan bears, barking deer, sambar, elephants and leopards, and a few other species.

There are close to 600 species of plants including herbs, climbers, ferns, trees etc. Don’t forget to check out the varieties of treks, elephant and jeep safaris and other adventurous activities. Make sure you visit the Garjiya Devi temple, Corbett Falls and the Dhikala forest. 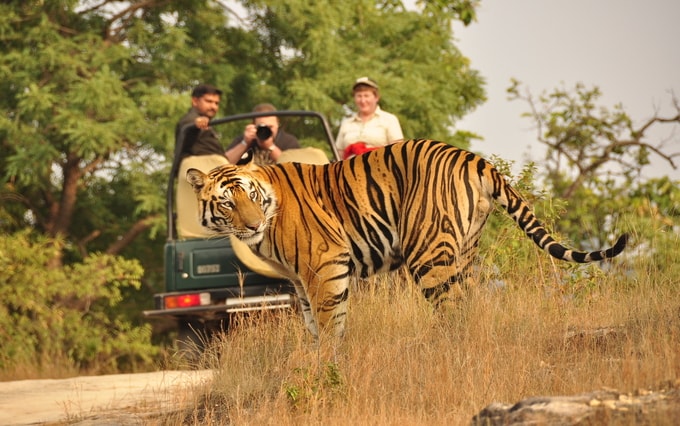 The UNESCO listed Sunderban National Park in West Bengal is another famous name among the list of wildlife sanctuaries in India. This national park is the home to a large population of Royal Bengal tigers and a network of semi-submerged mangrove forests and water channels, which collectively form the biggest river delta of the rivers the Ganges, Brahmaputra and Meghna globally.

The best time to visit the Sundarbans is between December to February, when you can catch also a glimpse of migratory birds. Make sure you can visit the watchtowers in the park the Sajnekhali, Do Ban Ki, Netidhopani; take a boat cruise across the river, and check out the Halliday Island. 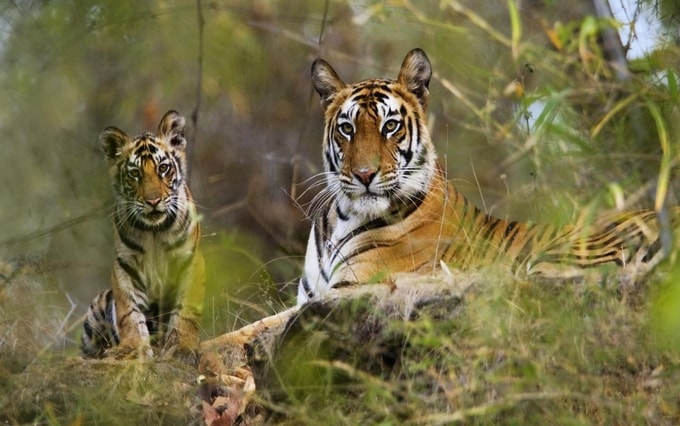 The Great Himalayan National Park is the youngest and one among the top 10 national parks in India. It is in the Kullu district of Himachal Pradesh and covers about 750 sq.km while encompassing glaciers, pristine forests, soaring snowy mountain peaks as well as gushing streams.

As one of the UNESCO listed renowned National Parks in India, the park has more than 180 different bird species combined with various rare mammals. These include the musk deer, Himalayan black deer, and the elusive snow leopard. You may also spot the small antelope, goral, tahr and mountain goats or the blue-horned tragopan and the rarely sighted stunning Pheasant. 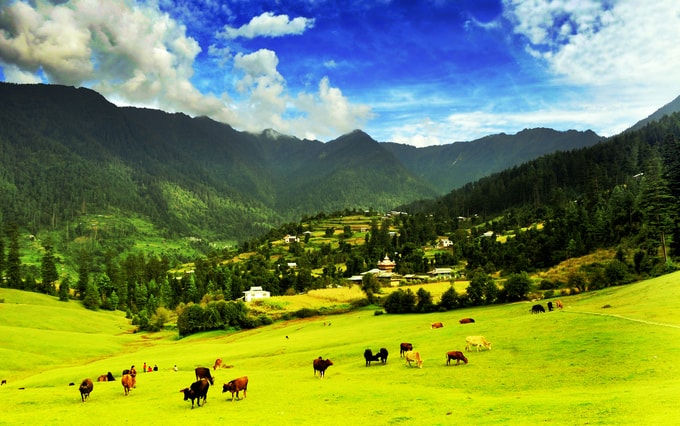 Madhya Pradesh is known as the king of forests and jungles, and if you talk about tiger parks then the Kanha National Park is one of the largest renowned wildlife sanctuaries in Central India. Set up in 1930, the park covers nearly 1940 sq.km and is home to the Royal Bengal tigers, sloth bears, leopards, deer and Barasingha. Of course, you get to explore the lush forests, green pastures and dramatic valleys of Kanha. The Kanha is also called the most picturesque wildlife reserve in Asia. 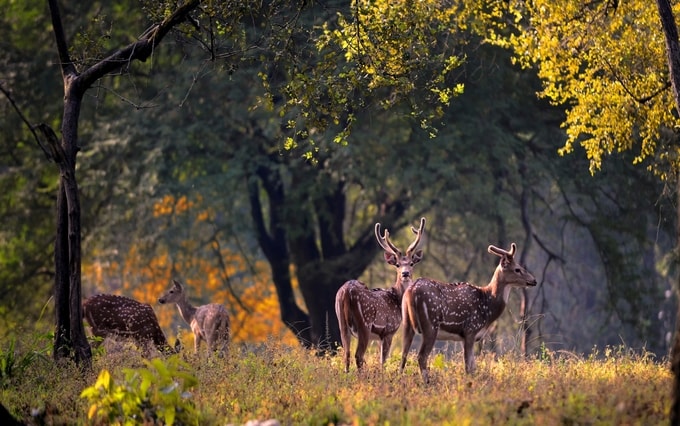 Don’t you feel like exploring National parks in India? Well, do get planning and to get more information of travel options to connect with Kesari Tours today.