This is Kesari Tours handpicked list of must-visit places during the colour festival.

Mathura and Vrindavan: The birthplace of Lord Krishna, Vrindavan Holi festival holds a special significance. There are many stories associated with the festival of colours especially Lord Krishna’s stories or dance performed by Gopis called Raas Lila The festival is celebrated throughout the month (known as the Phagun month) and each day it is celebrated differently. Devotees and locals celebrate using dry colours, flowers and water. The entire city resonates with chants of Radhe-Radhe.

Lath-maar Holi of Barsane: The town of Barsane situated at about 50kms from Mathura, celebrates the Holi festival uniquely. The women here use lath (or the bamboo stick) to stave off the men’s attempt to throw colour at them. The men, in turn, have shields to protect themselves from the lath. The celebration here is more fun to watch as it is to participate. 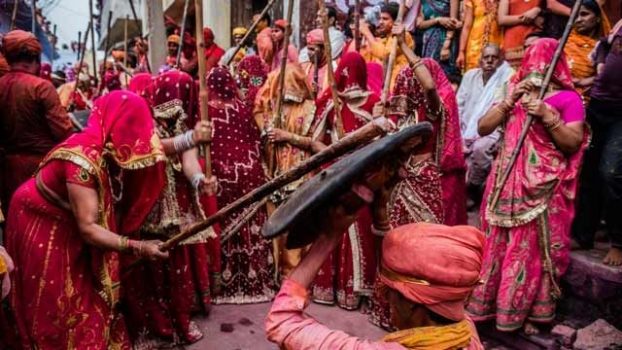 Holi celebration in Kolkata: Apart from the colour play, Shantiniketan located at about 180kms from Kolkata celebrates Holi with an artistic touch. The Vasant Utsav celebrated here during this time includes cultural performances with song and dance, accompanied by colour play later. Thousands of foreign tourists visit Kolkata to experience this festival. 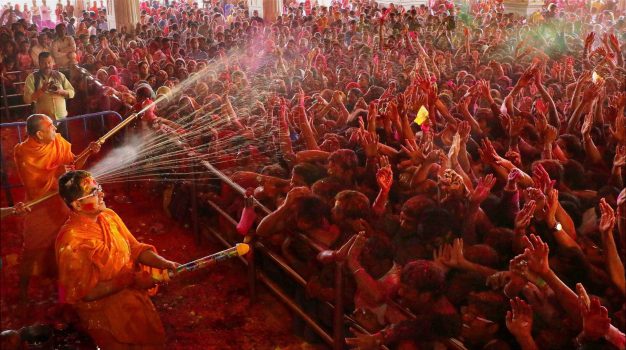 Holi celebrations in Rajasthan: The Festival of Holi in Rajasthan is a royal affair. The Elephant festival is celebrated a day before Holi here. A march of colourful elephants across the streets of Jaipur is followed by a play of colour and fireworks. The tribal community in Banswara (a small town near Udaipur) celebrate Holi uniquely. The Bhils dressed in their traditional costumes perform a dance around the bonfire. 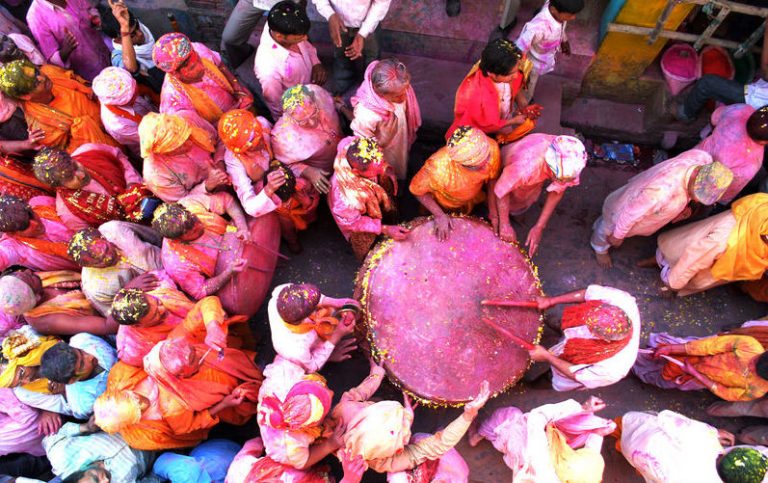 Holi celebrations in Gujarat: Here one of the amusing customs of Holi celebration with a pot of buttermilk hung high and the young boys try to reach and break the pot, the girls throw coloured water to prevent them from reaching. The boy who reaches the top and breaks the pot becomes the Holi king. 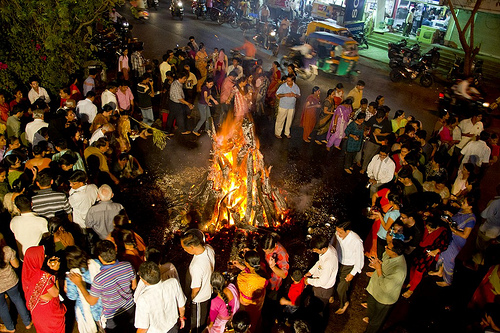 Holi celebration in the Northern Hills: The hills also have unique customs and ways of celebrating Holi. The Kumaon region of Uttarakhand celebrates the festival with unique songs celebrating Phagun (the spring) while bidding adieu to the winters. For different hours of the day, there is a song to celebrate the changes in weather during this time. The entire atmosphere is filled with music and harmony and you must experience this at least once.So, irrespective of the place you are, Holi is one festival, which is celebrated with a lot of fervour and excitement across India. Everyone is involved in their own unique celebration. The places mentioned above are some of the best places to celebrate Holi in India. For unique Holi celebrations, travel options ask Kesari Tours today. 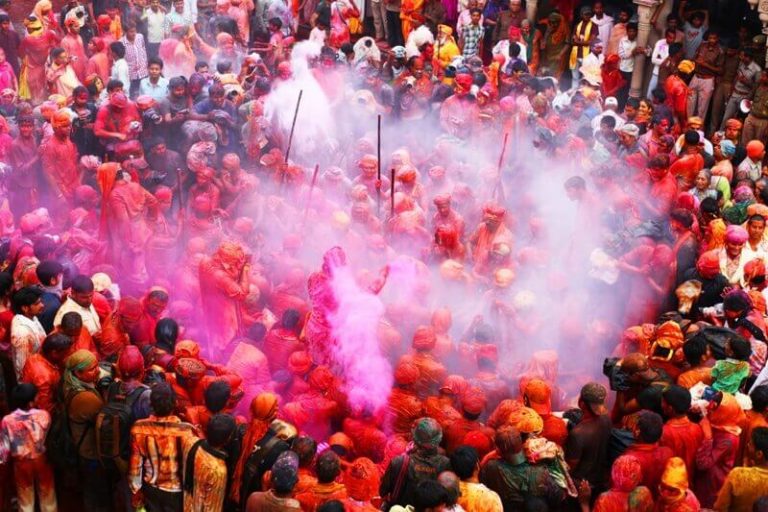