Not many were aware of Spain’s version of Holi, the La Tomatina festival before the Bollywood movie ZNMD showed the characters enjoying it. Well, now that you know, it’s obvious you are curious to know what it is all about and if you can enjoy it.

Kesari decided to decode the festival for you so that you can enjoy the tomato festival in Spain.

La Tomatina -What it is All About?

It’s an international version of Holi but played using only tomatoes. It begins around 11 a.m. and lasts for an hour. In that hour, partakers hurl tomatoes at each other only to have fun…till they’re eventually sprayed by fire trucks that drive down the thoroughfares washing the tomato sap off the partakers and the roads. 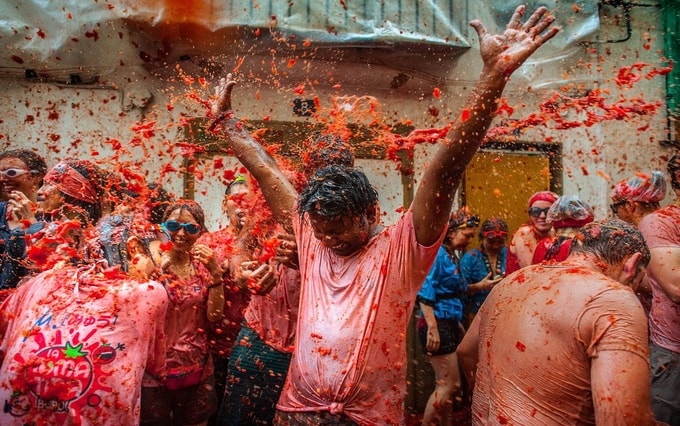 History- How La Tomatina festival came to be: Some teenage boys decided to get a place among the entourage of a parade during the town celebrations in 1945. The teens were so enthusiastic that one of them fell. The teen participant was so angry, he started hitting everything in his path. There was a vegetable stall nearby, the crowds started pelting each other with tomatoes in anger until the police put a stop to the vegetable fight.

The next year youngsters decided to pick a quarrel and brought the tomatoes from home. Though the police put a stop to it, the boys had made history unknowingly. The La Tomatina festival Spain was banned from the early 1950s till 1957, when, as a symbol of dissent, a tomato interment was held where residents carried a casket with a huge tomato inside. As the number of participants increased every year, the tomato festival Spain was declared the festivity of International Tourist interest in 2002. 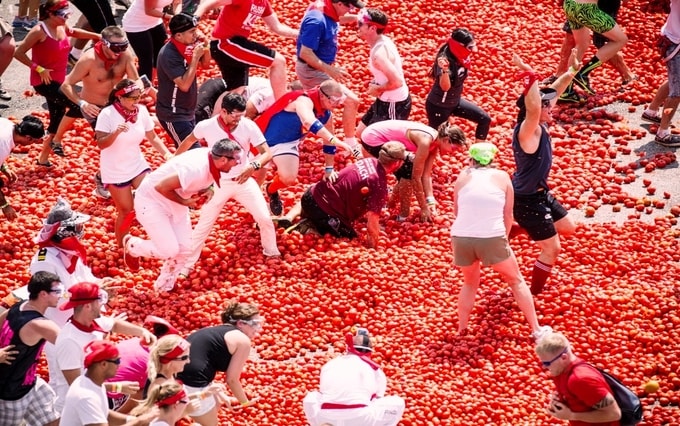 Date and Day: Wednesday, August 29th. The festival takes place every year on the last Wednesday of August. Plan a trip to Spain today to enjoy the festival later during the year. 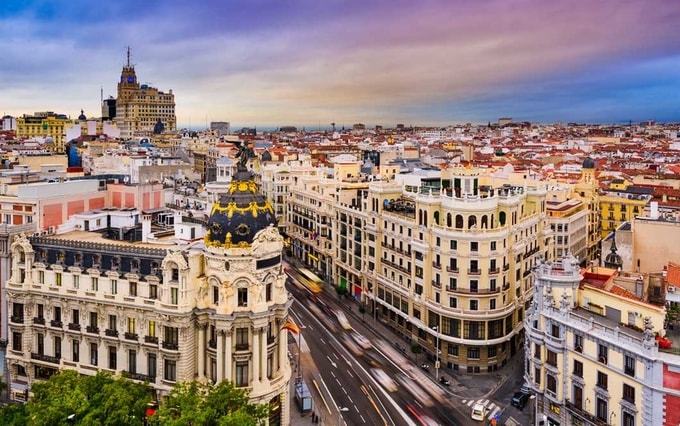 Where: The festival takes place in a charming village called Buñol, near Valencia, Spain. It is about 40 km away from Valencia if you plan to use the train, bus, or car. 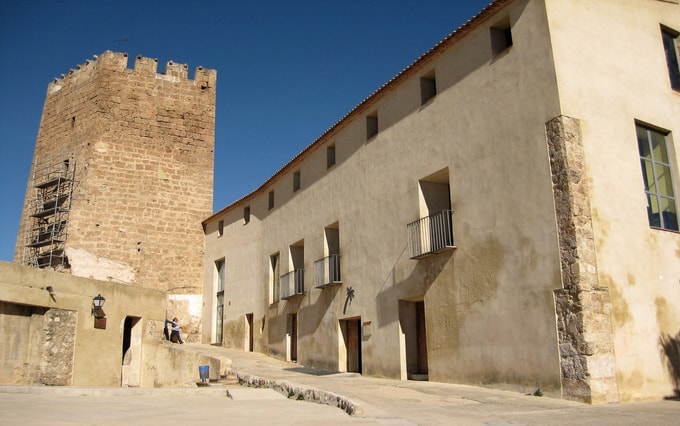 Who: People from all over the world and locals participate in the festival. Plan your travel to Spain early to book your participation as only 22,000 adults over 18 years are allowed. 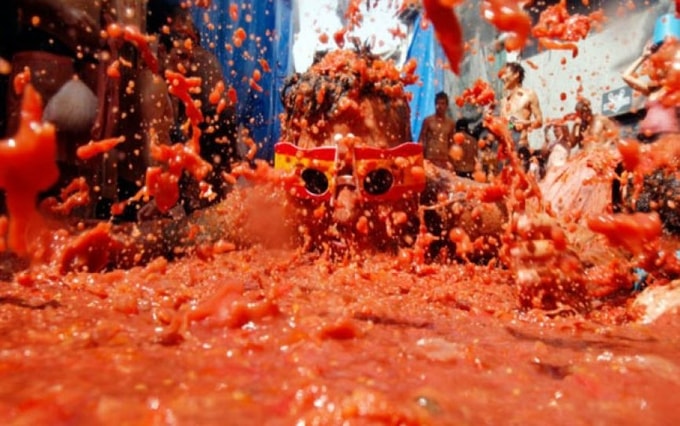 How: The festival begins at sharp 11 am and trucks laden with tomatoes continue to drive through the fight area where a few locals throw tomatoes at everyone around. As soon as the truck drives through, people dive to scoop tomatoes for the battle. You are sure to have a fabulous time and plenty of funny stories to repeat when home from your holiday in Spain. 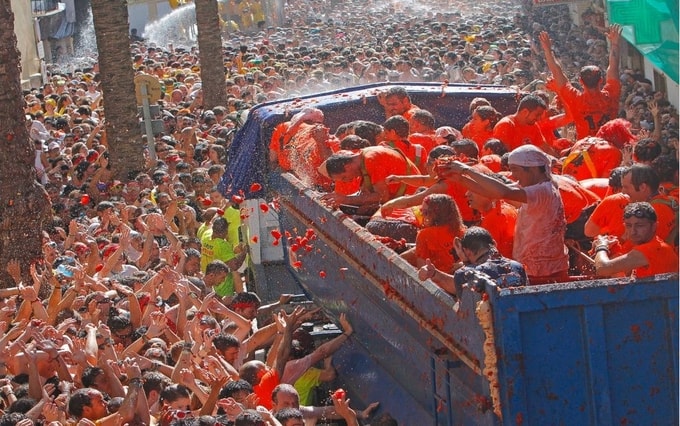 How long does Tomatina last?

What are the rules of the Tomatina festival?

Other things to do: Explore the stunning natural wonders like the Turche and Alta Caves, and the Juanes River is known for its 60 m cascade. Check the 13th-century fortress and the El Salvador church, which are the digs of the village’s archaeological museum. Of course, to begin with, you can check the Spain tour packages Kesari offers to get a taste of the La Tomatina festival in Spain.